and Prevention of Cancer and Cardiovascular Disease

It is unclear whether supplementation with vitamin D reduces the risk of cancer or cardiovascular disease, and data from randomized trials are limited.

Scientists conducted a nationwide, randomized, placebo-controlled trial, with a two-by-two factorial design, of vitamin D3 (cholecalciferol) at a dose of 2000 IU per day and marine n−3 (also called omega-3) fatty acids at a dose of 1 g per day for the prevention of cancer and cardiovascular disease among men 50 years of age or older and women 55 years of age or older in the United States. Primary end points were invasive cancer of any type and major cardiovascular events (a composite of myocardial infarction, stroke, or death from cardiovascular causes). Secondary end points included site-specific cancers, death from cancer, and additional cardiovascular events. This article reports the results of the comparison of vitamin D with placebo.

Supplementation with vitamin D did not result in a lower incidence of invasive cancer or cardiovascular events than placebo. (Funded by the National Institutes of Health and others; VITAL ClinicalTrials.gov)
Long prescribed to prevent and treat bone-related disorders, supplemental vitamin D has been viewed in recent years as a potential strategy for preventing cancer and cardiovascular disease. In the United States, routine assessment of vitamin D status in patients in primary care settings and the use of vitamin D supplements have increased substantially.

Ecologic studies have shown lower rates of death from cancer and cardiovascular disease in regions with greater sun exposure than in areas with less sun exposure. Such exposure is necessary for cutaneous synthesis of vitamin D. Laboratory studies have shown the presence of vitamin D receptors in many tissues and have suggested plausible vitamin D pathways that may be related to cancer and cardiovascular disease, and observational studies have shown associations between low serum levels of 25-hydroxyvitamin D and increased risks of cancer and cardiovascular disease. Nevertheless, it is uncertain whether supplementation with vitamin D prevents cancer or cardiovascular disease, because such results cannot establish causality. For example, observational studies are susceptible to confounding by outdoor physical activity (which correlates with sun exposure), adiposity (which may decrease bioavailability of 25-hydroxyvitamin D), general nutritional status, and other factors that may produce spurious protective associations.
Data from large-scale randomized trials (involving ≥10,000 participants) of vitamin D in moderate or high doses and designed with cancer or cardiovascular disease as primary outcomes are lacking. Trials examining such outcomes, typically using secondary or post hoc analyses, have usually shown null results, but the use of low doses of vitamin D, insufficient statistical power, short durations, lack of rigorous end-point adjudication, or a combination of these factors limit conclusions.

However, meta-analyses of randomized trial data suggest a stronger benefit of vitamin D with respect to the rate of death from cancer than to the incidence of cancer. The U.S. Preventive Services Task Force concluded that there are insufficient data to evaluate the effectiveness of supplementation with vitamin D for the prevention of cancer or cardiovascular disease. The Institute of Medicine had previously reached this same conclusion and called for new trials of vitamin D (in amounts at least twice the current recommended dietary allowance of 600 to 800 IU per day for bone health) to clarify the benefit–risk balance. 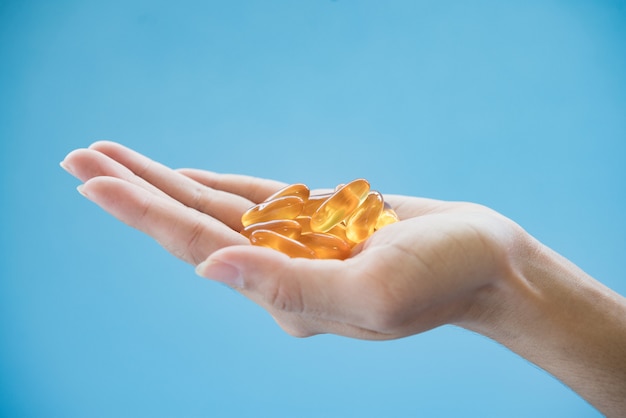 The Vitamin D and Omega-3 Trial (VITAL), a large-scale trial that evaluated high-dose vitamin D, was designed to address these knowledge gaps. Included in the trial population were more than 5000 black participants, for whom the question of the effectiveness of vitamin D is particularly relevant because their cutaneous synthesis of vitamin D in response to solar radiation is lower than that in persons in other racial or ethnic groups. VITAL also evaluated n−3 (omega-3) fatty acids.

In summary, daily supplementation with high-dose vitamin D for 5 years among initially healthy adults in the United States did not reduce the incidence of
The views expressed in this article are those of the authors and do not necessarily represent the views of the Department of Health and Human Services or the National Institutes of Health.

Photo by OBMonkey from FreeImages